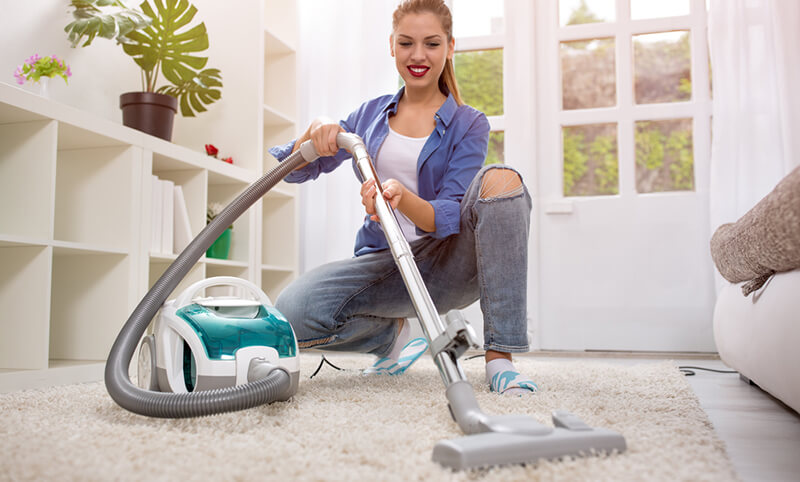 Of all the modern technology that we’re surrounded by today, the vacuum cleaner is probably the least thought about. And sure, why should we? It’s nothing fancy. It’s just, sort of there.

But can you believe that this quirky little machine has existed for over a century now? To put it into context, when the first vacuum cleaners were doing their rounds, Abraham Lincoln was still the president. I know, I know what you’re thinking. Let’s not get technical here. We’ve had brooms in some shape or form for over 3000 years. But who’s counting? By the 1850s, the broom had reached its peak in terms of innovation. By then brooms were being made from sorghum grain, and the quality was as good as it was going to get.

As we very well know by now, laziness not necessity is the mother of all inventions in modern times. Wasn’t there some way we could make the chore of sweeping dust-off floors and carpets a little bit easier? It was only a matter of time before someone got a bright idea. And someone did. 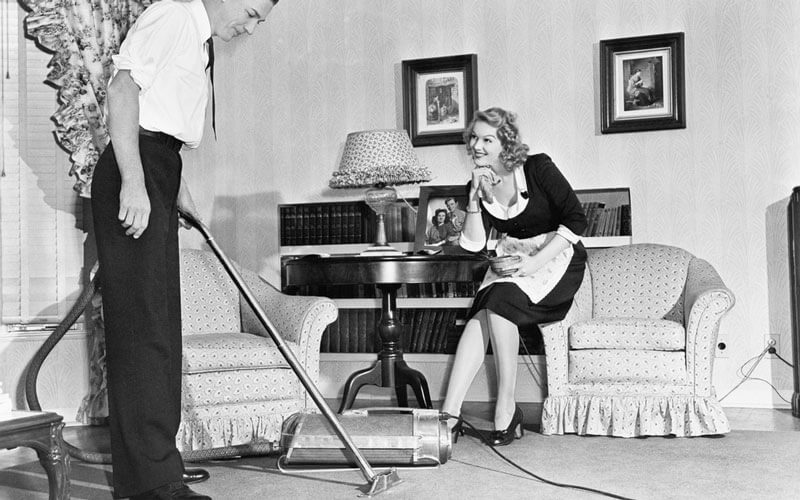 In 1860, a gentleman from Iowa named Daniel Hess filed for a patent. In his own words, his invention involved “drawing fine dust and dirt through the machine by means of a draft of air.” Comically enough, although the seeds of the modern vacuum cleaner were already there in his inspiration, the actual act of pushing air was achieved through a much more contrived mechanism: a 19th-century manual pump called bellows.

Some innovators like Ives McGaffey tried to install a hand crank as a possible alternative. Others such as John S. Thurman created a gasoline-powered version of the machine. But the problem remained, and understandably so. Pushing air to clean dust is an innovative solution to a mundane problem, without a doubt. But manually generating the power for this action is no more fun than being bent over with a broom in hand.

So the story goes: in 1901, an Englishman called Huber Cecil Booth is at a demonstration of John Thurman’s machine. He watches the proceedings intently, and so inspired is he by it all that he puts a handkerchief to a dusty restaurant chair and starts sucking air through it to test an idea that he just came up with.

Believe it or not, that was the first iteration of the modern vacuum cleaner.

The idea was simple. Booth decided to build a machine that sucked air (instead of blowing like previous iterations). Let’s not engage in undignified puns here. And what a majestic beast it was! The size of a horse-drawn carriage, the machine huffed and puffed sitting in front of the streets of London. A glass portion allowed curious people to take a peek at the incredible amounts of dust being collected. The apparatus was aptly titled the “Puffing Billy”.

One problem remained. The sheer size and cost of Booth’s device meant that vacuums were still an indulgence only available to the wealthy, only to be admired by the common man. A 60-year-old janitor was about to change all that.

“Can you hoover it, please?”

A habitual inventor, James Murray Spangler turned the whole concept upside down when he created the first portable vacuum cleaner using—I’m not kidding—only a motor, a broom, and a pillowcase. Makeshift as it were, the thing proved to be a success, and Spangler knew it. So he did what any man with the American dream would do. In 1907, he got himself a patent, quit his janitorial gig, and opened his own vacuum cleaner company.

Luck would prove to be not easy on him at the start. Despite having multiple investors, he was on the verge of financial ruin. This isn’t an exaggeration. They were already out to get his house when he turned to his cousin Susan Hoover. Her husband William purchased the patent, and it won’t be too out there to say the rest was history. Yes, this is why for generations of Americans, Hoover is synonymous with vacuum cleaners and even the act of vacuuming.

To say that nothing worth mentioning has happened in the vacuum cleaning game since then would be in equal parts completely right and absolutely wrong. It’s true that the technology remains more or less the same. But like with any other technology, the machines have become smaller, more portable, and generally less headache-inducing than before.

The Robots are Taking Over 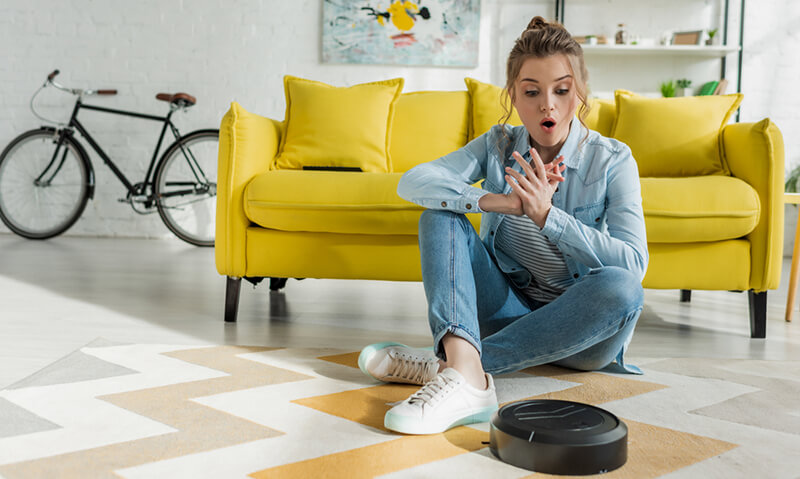 Well, all of that was true until the Roomba arrived, and we realized it solved a problem we didn’t know we had. Sure, a vacuum cleaner makes the chore of cleaning quite easy, but it’s no fun. I mean, it’s not an absolute blast, is it? But here was a device that could do all that, but now without your supervision.

Since their inception in 2002, robot cleaners have been getting more and more common, especially in the last decade or so. Compact and disk-like, these perky little dust-eating monsters can slide under beds and sofas to clean far better than traditional vacuums manned by human controllers. Yet, for some reason, the revolution hasn’t caught on just yet. Most people still do it the old-school way with vacuum cleaners.

Automatic vacuum cleaners aren’t perfect. That’s the only reason there hasn’t been widespread acceptance yet. “Yet” is the critical word here. With artificial intelligence and automation being the order of the day, it isn’t hard to envision a future where tedious work like vacuum cleaning is completely taken up by sentient robots.

The machines of the future will be more intelligent, of course. They’ll be better prepared to tackle problems. They’ll find creative solutions to the mundane problem of cleaning. Once robot vacuum cleaners figure out how to clean surfaces without any form of input from humans, it’s over for us folks.

So if you’ve been thinking of getting advanced training on vacuum cleaning, it might not be the best to use your time, just putting it out there. Until that fateful day comes where the robots take over, let’s enjoy cleaning dusty old carpets and sofa cushions, one dust bunny at a time.

I hope this doesn’t make you too nostalgic for the past.