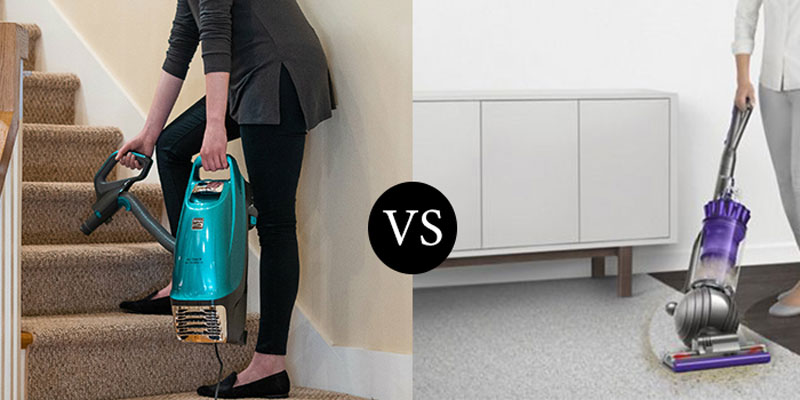 We are living at a time when we’ve got choices for almost everything, and that includes the tech we use for cleaning too. But the problem is, all the options come with so many features and advantages that it is getting more challenging than ever to pick just one.

Guess what? You’ll be going through the same dilemma when you’ll be asked to pick one from bagged and bagless vacuum cleaners. The truth is, when it comes to Bagged vs. Bagless Vacuum, you can’t declare one as the best out of the blue.

The reason is they both bring convenience to our regular cleaning in amazing ways. So, how would you actually decide which one is better? Well, let’s try to figure it out then, shall we?

If you’ve already had your shot with the vacuuming cleaning, then from the name, you probably got an idea of what a bagged vacuum cleaner is going to be. What makes it different from the regular vacuum cleaner is its separable dust bag. 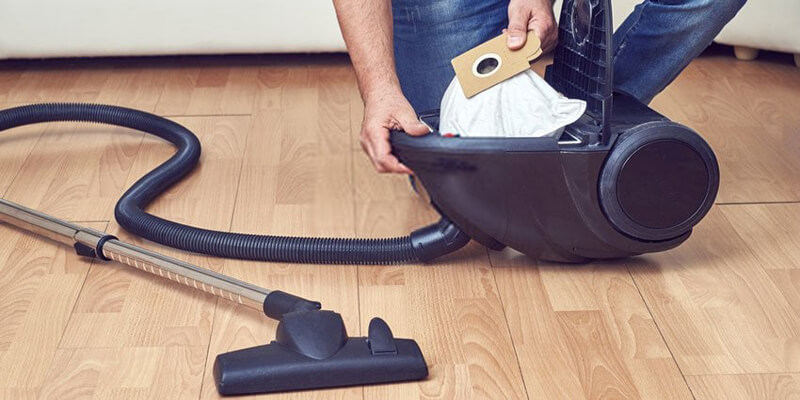 Once it’s full of dust and debris, you’ll have to replace it with another one as soon as possible or at least before you go for your next cleaning operation.

Thankfully, some of the manufacturers have come up with the idea of using indicator lights in their tech in order to detect the right changing time. Once you see the bag is full, throw it away.

Like every other tech in the world, this one, too, has specific purposes with its advantages. Thankfully, it does what it’s made to do quite efficiently and brings some benefits to our table.

So, to decide whether it’s better than the other options or not, you’ll need to know what they are in the first place.

If you literally can’t stand anything unhygienic, not even for a bit, then a bagged vacuum might feel like a blessing to you. That’s only because it’ll suck in all the dirt and debris but will keep them contained till they are disposed of permanently.

The traditional vacuums can create a hell of a mess when cleaning. After all, you can keep the dirt there for the rest of your life. Sooner or later, you’ll have to clean it, and there will be dust all over the place.

But when you’ve got the bagged one, you don’t even need to do that and can dump the bag directly in the trash can. This means you won’t have to deal with the allergens in there either.

But when it’s the bagless one, you’ll have to release the dirt, and the allergens will go back to the air, where it can affect you and others.

If you’ve never had to deal with allergies, you won’t understand, but the bagged vacuums are nothing but a blessing for allergy sufferers.

The bag it comes with is totally functional as a filter; it traps the allergens effectively along with all the other debris, dust, or any other contaminant.

So, these bags leave no chance of the allergens slipping away and affecting anyone due to being airtight.

Calling it one of the best parts of bagged vacuum cleaners won’t wrong. Most of them use the HEPA fitters as they’ve been proven amazingly useful for allergy sufferers.

With the ability to absorb 99.97% particulates that are 0.3 microns or bigger, they’re capable of creating an allergen-free atmosphere for you.

Another great side of this filter is that they’re better at removing pollen and dust from the air compared to the other filters out there.

Who doesn’t love having a piece of tech that eats up less of one’s energy in maintenance? If you’re one of them, then you’re going to love the Bagged vacuums.

As it comes with a bag that can contain up to 2 lbs. of dust and debris, they don’t require frequent changing.
This means, once you’re done with vacuuming, you can leave the machine that way without going for an extra hassle like changing the bag, not at least till it gets filled up.

Also, with the built-in filter in the bag, you won’t have to take the headache of filter cleaning too. But that doesn’t mean you can skip replacing the filter on time.

There’s no doubt that bagged vacuums are a perfect combination of useful features. But no coin comes with one side, and no tech comes free of drawbacks.

So, as bagged ones are also under the tech genre, you can’t expect them to be without drawbacks. Here are a few disadvantages that might help you understand where they stand.

Once the bag reaches the limit, you can do nothing but replace it. So, clearly, a single bag won’t be backing you up for too long. You’re going to need to keep an extra bag for future use.

This means, as long as you keep using the vacuum, you’ll have to maintain a stock of extra bags too.

But these bags don’t come without shedding a few bucks. So, that’s going to be a never-ending process until you get rid of the vacuum.

On top of that, different models require different types of bags. So, with a variation there, a variation in the price can also come up, and they won’t always be cheap.

And another problem with these bags is that if they suddenly get filled while you’re vacuuming and don’t have extra bags, you’ll have to run for one to the store in the middle of your cleaning.

Difficulty in Finding the Bags

You’re not planning to change your vacuum every year, right? So, when you’ve got a really old one, then getting their bags can be tough at times, and that might make them useless after a certain period.

After all, where are you going to get the bags once the manufacturer starts discontinuing them?

Thankfully, the new models lately have put some focus on that and come with easily replaceable bags. But that doesn’t mean that problems can’t take place in their case too.

The amount of vacant space in the bag can influence the vacuum cleaner’s performance. Once it gets closer to filling up, the overall performance starts downgrading. So, to reach the optimum level, you’ll have to put a new one again in there.

You can call it the ancient kind of vacuum cleaners, but surprisingly it’s still going as strong as ever. They come with a canister that stores all the sucked dirt, dust, and debris inside. 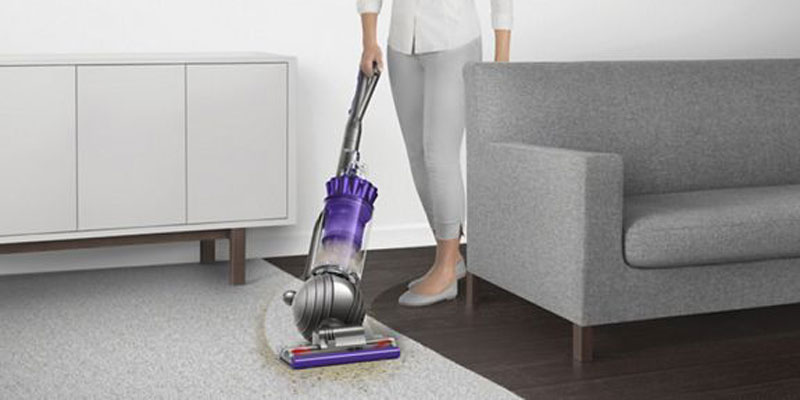 Most people will picture the bagless one in their mind when you utter the name of vacuum cleaners.

These vacuums have been the favorite option for those who dislike the concept of bagged vacuums.

But that’s not why they are that much appreciated among the mass. Their convenience and easier maintenance have always been the prime reasons that backed their purchases.

Obviously, the reasons for their appreciation didn’t come out of the blue. It’s the advantages that have pushed them there. But what are they exactly? Well, here’s the list.

Compared to the other modern cleaning techs, bagless vacuums are less prone to break your bank. Unlike the bagged one, you don’t need to buy dust storage every now and then.

Once it gets filled, you can make them functional again just by emptying them. So, you won’t have to shed any extra bucks there, at least.

But that doesn’t mean you can save yourself from buying parts once they break down or become less functional. You surely will have to get them, but thankfully they won’t cost you too much.

Getting the chamber empty is quite easy. There’s a need for you to do it at your home. You can simply take it outside and get the job done in no time. Plus, unlike the bagged one, you can easily check out if the vacuum is being able to take in the dirt properly or not.

Another good thing about having a clear canister is that you’ll see how much debris the vacuum is collecting at once. So if you feel like checking out how well the vacuum is performing, that’s going to be easy as pie.

Plus, it’s easier to know when the chamber has to be emptied, unlike its bagged counterpart. So, even if you see any downfall in the performance due to the filled-up canister, you can get it vacant anytime.

If you’ve lately been checking out the news, you already know how much our dumped goods negatively affect the environment. But when it comes to bagged vacuums, you’ll have to dump the bags whether you want or not.

These bags are not solely made of paper; there are also other non-recyclable materials in there.

But if you’ll with the bagless, you’ve got no chance of dumping anything but dirt and dust from your home. So, it won’t pose any threat to the environment at least.

Sometimes we take a step back while getting a tech that requires a hell of work when it comes to maintenance. Thankfully, you won’t have to walk on the same route with the bagless vacuums.

It’s easy to detect the problems and easy to fix things on your own too. The required parts and filters are quite convenient to find in stores as this kind is the more popular among the mass.

Nothing is perfect. So, expecting total perfection out of it will be a waste of time. Now the question is, what kind of drawbacks does it come with? Well, here’s your answer.

The first thing you’re probably going to hate about bagless vacuums is the exposure it causes to dirt and dust when you’ll try to empty the chamber. The dust and dirt the machine sucked in arent going to be sealed in an airtight bag.

So, while you’ll be getting them all out, you can’t always save yourself from the allergens in there.

On top of that, you’ll have to change the filter more frequently compared to the bagged one. Otherwise, it won’t be as effective as you expect it to be.

The cup or canister that holds the dirt can cause a mess while getting cleaned. You’ll have to use your hands, and dirt will spread all over the place if you shake it a bit. So, no hands-free cleaning this time.

If you think you’ll just vacuum, clean, and get out of there just in a few minutes, then you’re simply wrong. Unlike the bagged, you can just have the machine suck in the dirt and throw that bag away.

Once you’re done cleaning, you’ll have to manually clean the canister, which will surely take a bit of time. After that, you’ll have to put it back again, and that might eat up a few minutes of yours too.

If you want to reach a quicker conclusion on Bagged vs. Bagless Vacuum, then it surely won’t an easy nut to crack.

If you’re asking for our suggestions, we’d say if you’ve got a serious hygiene issue along with an allergy, then the bagged vacuum will be more of an ideal choice.

But if you’re free of those headaches and asking for a simpler cleaning with total ease, then a bagless vacuum is more of a better option. Now you decide which one you think is going to be perfect for you.